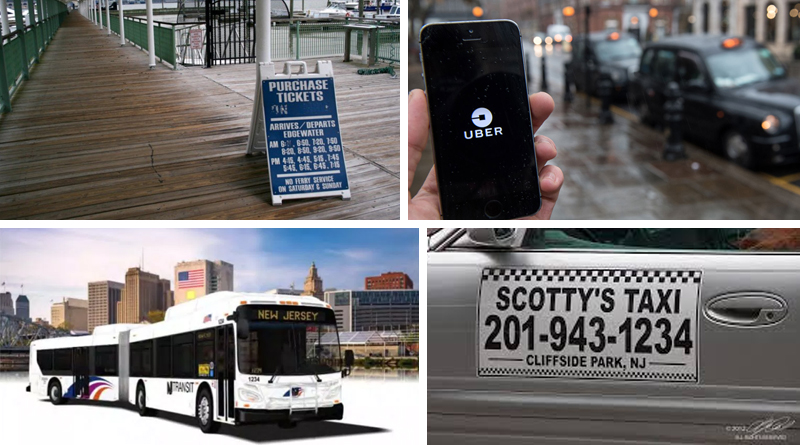 There are many transportation services available to the residents of Independence Harbor. To get to Manhattan people can use a taxi service or public transportation such as the bus or ferry.

The bus is by far the cheapest way to get to New York City. Most NJ Transit buses will take you to the Port Authority Bus Terminal at 41st Street in New York City. A bus station can be found right outside of the gates of Independence Harbor. The only downside of the bus is that it can be effected by the high volume of traffic going in and out of the city.

The ferry is one of the fastest ways to get into the city, however ticket prices can be high. Edgewater has its own ferry station, and rides to Manhattan only take about 15 minutes. Once in Manhattan, New York Waterway offers a free bus service that can drop you off at several locations in the city.

There are many taxi services around Edgewater that can bring you anywhere in NYC. Taxi services include: GW Taxis, Edgewater Taxi, Scotty’s Taxi, and Skyline Taxi. People can also use ridesharing apps such as Uber and Lyft, which are significantly cheaper than traditional taxi services.

The History of IH

March 1, 2019 multisiteadmin Comments Off on Apartment Rentals
Condo Board Lawsuits

February 28, 2019 multisiteadmin Comments Off on Directions to Independence Harbor
Condo Board Lawsuits